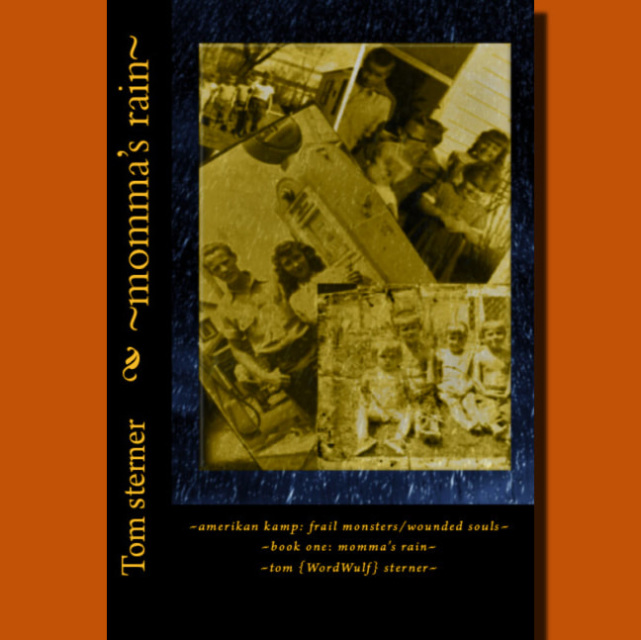 Six-year-old Jackie snuck into the bread last night. He ate the last two slices. He took quite a beating when Momma informed Daddy. Jackie’s lips are stuck shut with dried blood, his forehead bruised from being slammed into the corner where he’s standing, smiling inside. His belly’s full. They can beat him all they want. The next morning he is gone and his four-year-old brother, Phillip, with him. Where did they go, the police want to know.

Momma was born in a chicken coop behind her grandfather’s mansion in the Ozarks, Missouri before he hung himself and blew his brains out over gambling debts and slave blood. Her father was the ashamed half-breed offspring of this white man and his Cherokee slave woman. At four-years-old, she was abandoned to a Catholic orphanage along with her two older sisters.

Daddy was born on a ranch in Colorado Springs, Colorado. His twin brother was left in an outhouse at a campground in the mountains on his fourth birthday. His momma, unhappy in her marriage to a ranch hand, had found herself a new man who refused to take on the responsibility of two little bastards. She kept Daddy, threw the other one away. Her new man disciplined the boy with an iron hand and a coal shovel.

I lived the life and Momma told me the stories of life before me. She didn’t like it much that I wrote things down and made songs to sing out of the fabric of our lives and her tales. She needed me though and I think she was desperate to tell it all, to give her life substance. I swore an oath not to breathe a word of it to a soul until she was gone. She is passed, the grass grown long over the paths she walked. I am the son alive in the mist, no umbrella, of Momma’s Rain.