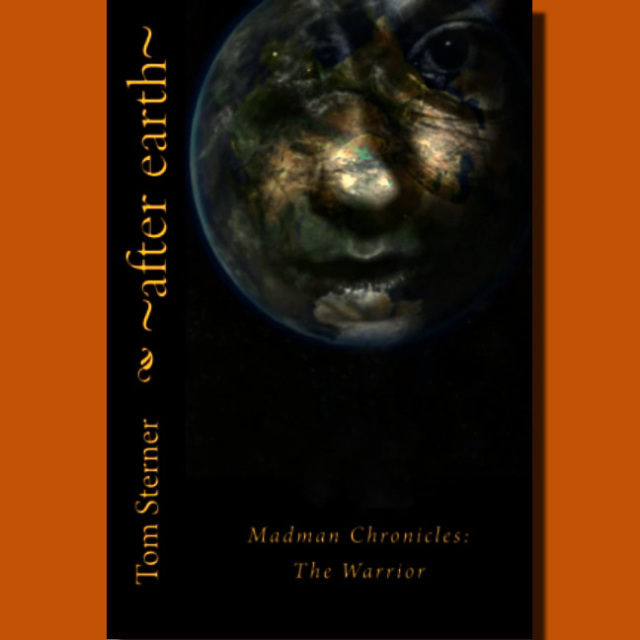 After Earth is the third chronicle in the saga, Madman Chronicles: The Warrior.

The People rested their eyes on the Great Stone Mountains. They vowed to the last person to go forward and not stop until they reached them. Many died, the very old and very young but the People reached the mountains, made comfortable homes in the caves beneath the Great Stone Mountain cliffs and mesas. They were not a war-like people and were better able to defend themselves from the side of the mountain.

Enemies of the People joined forces, allied themselves with other scavenger tribes in the belief that the People possessed great riches since they lived in such a mighty fortress. The riches the People possessed were their families, their very young and very old, cherished, valued, and protected as the most precious jewels.

The butchers gathered at the base of the People’s city. They celebrated the coming raid with great fires, the howling of war songs, hungry to sacrifice the innocent ones, pillage, ruin and rape with impunity those on the mountain. The old ones and holy ones of the People knew of a thousand year prophecy and were aware its anniversary and time were at hand. They gathered the People, to the last person, and led them away to safety, the promise of the prophecy.

When the conquerors came upon the mountain, they met no resistance. The People were no longer there. Their enemies found afternoon meals warming in pots, all processes of industry, needles hanging loose in the looms of weavers, vats of molten metals of the smiths boiling away, all activities obviously in progress and in pause only because those initiating and maintaining them had ostensibly left for a moment. It was as if all the People had vanished into thin air.

Other than the People, such was the truth to others. The conquerors burned what would burn, consumed what could be consumed, and destroyed what they could destroy. Wherever the People had gone, so had the riches.

The clouds drift lazily over the Great Stone Mountains. Winds play amongst them and raindrops excite the earth with their offerings. Sun and moon play tag and create what lesser beings consider day and night. The People know and where they have gone.

Andrew Corn transitioned from a career in professional football to soldier in a time in his life when he believed in choices, that they existed and he was empowered to make them. He laughs at the memory, sitting deep in the earth, literally laying low. It has fallen to him to bring After Earth online, to create a place of refuge and lure his lifelong friend, Wulf and his Lords of the Dragon into the earth.

Andrew, “the Hood”, Corn, taps the chromium plate amplifier in the hollow of his throat. He types out the initiating sequence on the keyboard with his other hand. “Wulf still believes in choices,” he says aloud. A golden sphere rises from the floor of the labyrinth, glowing and warming its tunnel earth surround. Sure would like to get laid in there, Hood muses.

“Andrew Corn,” welcome to After Earth,” a female computer voice speaks from the sphere. “I am programmed to receive you.” Hood stands up and enters the sphere.